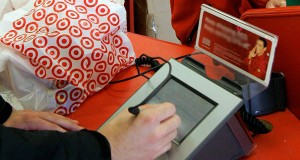 WASHINGTON, D.C. – At a Senate hearing today on preventing data breaches in the wake of incidents reported by Target and Neiman Marcus, Consumers Union, the policy and advocacy arm of Consumer Reports, is calling on lawmakers and businesses to provide consumers with stronger protections from criminals who steal their personal information and commit fraud.

Delara Derakhshani, policy counsel for Consumers Union, is testifying this morning before the Senate Judiciary Committee in support of reforms such as federal data-breach legislation, and replacing the outdated technology used in many credit and debit cards with smart cards that provide greater security.  A copy of her full testimony is available online here.

Derakhshani said, “Consumers who have their data compromised in a large-scale security breach are more likely to become victims of identity theft or fraud.  Federal laws and voluntary industry practices generally protect consumers from significant out-of-pocket losses, but consumers and policymakers should take this threat seriously – not only to prevent fraudulent charges, but because a security breach exposes consumers to unpredictable risks, and the burden to guard against harm after a breach falls squarely on the shoulders of innocent customers whose data was stolen.”

Derakhshani noted, “The credit and debit cards most Americans use are surprisingly vulnerable to fraud.  Many cards use decades-old technology that makes them susceptible to thieves.  Other countries have adopted smart cards that offer multiple layers of security, including a computer chip in each card that stores and transmits encrypted data, as well as a unique identifier that can change with each transaction, and you enter a PIN number to authorize your transactions.  Some institutions in the U.S. say they will switch to this technology in the next few years, but we need a stronger commitment from all stakeholders.  Policymakers must also take action to encourage investments in technology to tighten up the security of our financial institutions.”

Among the other panelists testifying at today’s hearing are executives from Target and Neiman Marcus, as well as senior leaders from the Federal Trade Commission, U.S. Secret Service, and the Justice Department.  For more information about the hearing, visit www.judiciary.senate.gov