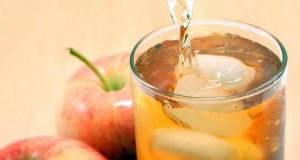 WASHINGTON, D.C. — Consumers Union, the public policy and advocacy division of Consumer Reports, today sent a letter to the Food and Drug Administration (FDA) to express “deep concern” about the delays in the FDA’s work to limit consumers’ exposure to arsenic through food and beverages.

The group wrote, “We strongly urge the Agency to do all it can to ensure the release of its final guidance on arsenic in fruit juice so that consumers can begin to reduce their exposure to this contaminant.  We also urge the Agency to publicly release the results of its arsenic testing of 1,000 rice and rice product samples.  The release of these data will add to our understanding of consumer exposure to arsenic in rice, and we hope that it will also form the basis for FDA action to reduce the amount of arsenic in our diets.”

FDA has been working on a guidance for the level of arsenic in fruit juice, but the final guidance document has not yet been released. CU met with OMB – which was reviewing FDA’s proposal – in February 2013 to urge the release of a final guidance.

FDA has also been working on the testing of 1,000 rice and rice products (in addition to the 200 rice products it had already tested) for arsenic levels.  The agency said that it would finish the rice sampling by the end of 2012, but it has yet to release these test data.  In March 2103 CU submitted a Freedom of Information Act (FOIA) request for FDA’s rice sampling data, and is still waiting for the requested data.