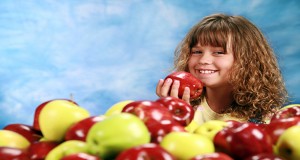 WASHINGTON, DC – At a press conference today, Senator Richard Blumenthal (CT) and Representatives Frank Pallone (NJ) and Rosa DeLauro (CT) announced new legislation aimed at updating the requirements for food labels in order to give consumers more information when choosing what to feed their families.

The Food Labeling Modernization Act of 2013 would give consumers more of the health information they need to better compare and evaluate products by strengthening the standards for nutritional labels on food and by eliminating vague or unclear claims that can mislead consumers.

Consumers Union, the policy and advocacy division of Consumer Reports, joined the lawmakers at the press conference in support of the legislation.

Ami Gadhia, senior policy counsel for Consumers Union said, “Many of the labels on food currently don’t give consumers all the information they need to make informed decisions about the food they buy. This legislation would take a big, common sense step forward in improving the nutrition information available about the food that consumers are putting in their carts and on their kitchen tables.”

The legislation would direct the Food and Drug Administration (FDA) to create and standardize a labeling system for food packaging, making it easier for consumers to compare nutritional information across products. Additionally, it would also require the FDA to update guidelines and definitions for marketing claims that can be misleading for consumers, like labeling a product “natural” or “healthy.”

“We are especially pleased to see an effort to establish definitions for some of these marketing terms designed to sway consumers that actually don’t have any established meaning. Words like ‘natural’ are not defined for most foods and can make consumers think that they’re getting a certain type of product, when in fact they’re not,” Gadhia said.

A recent Consumer Reports article explored the confusing nature of many of today’s food label claims.

In addition, the bill would require the disclosure of the amount of caffeine in a product if it exceeds 10 milligrams.

“While caffeine may be listed as an ingredient, consumers may not know exactly how much caffeine they’re really drinking or eating,” said Gadhia. “As Consumer Reports testinghas found, the labeling isn’t always clear, especially when it comes to products like energy drinks. This bill would outline it for consumers before they take a sip.”

In its December 2012 issue, Consumer Reports detailed caffeine levels in 27 top-selling energy drinks and shots.  Among other things, Consumer Reports found that 5 of the 16 products that list a specific amount of caffeine had more than 20 percent above their labeled amount on average in the samples tested.  On the other extreme, one of the samples contained caffeine levels that were about 70 percent less than the labeled amount.   The complete findings are available online at www.ConsumerReports.org.

This would be the first update to food labeling provisions of the Food, Drug, and Cosmetic Act since the 1990 Nutrition Labeling and Education Act, with some sections not having been updated since 1938.