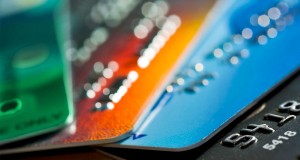 WASHINGTON, DC – The Senate Banking Committee today approved the nomination of Richard Cordray as the Director of the Consumer Financial Protection Bureau (CFPB). The nomination now moves to a vote by the full Senate for confirmation.

Consumers Union, the policy and advocacy division of Consumer Reports, applauded the committee’s action and urged members of the Senate to follow suit.

Pamela Banks, senior policy counsel for Consumers Union, said, “Richard Cordray has made sure that the CFPB does exactly what it was created to do – stand on the side of consumers and ensure that they are protected from the deceptive banking practices and predatory deals that took advantage of too many Americans. Under his leadership, the CFPB has been both effective and transparent in their work on a variety of financial issues including credit cards, mortgages, student loans, and bank account services. It is imperative that CFPB continue at full speed in their work protecting consumers and Richard Cordray is the right person to have at the helm. We urge the Senate to abandon efforts to weaken the CFPB and confirm Richard Cordray as Director.”