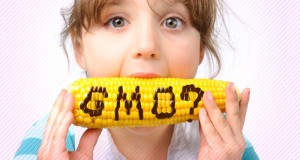 Washington, D.C.— Consumers Union, the public policy and advocacy arm of Consumer Reports, today urged members of Congress in a letter to reject the proposals contained in H.R. 4432, “The Safe and Accurate Food Labeling Act of 2014,” introduced by Rep. Mike Pompeo (R-KS), which would prevent states from establishing or carrying out mandatory labeling of genetically engineered (GE) food, and which would allow GE foods to be labeled “natural.” The House Energy and Commerce Committee will hold a hearing to discuss the bill on Wednesday, December 10.

“Consumers have a right to know what is in the food they eat, and the right to use democratic processes to obtain that information,” said Jean Halloran, Director of Food Policy Initiatives at Consumers Union. “Congress should not interfere with the ability of states to listen to their consumers and require labels on genetically engineered food.”

Consumers want labeling. Polls, including one conducted in 2014 by Consumer Reports, have consistently found that more than 90 percent of consumers say they want genetically engineered food to be labeled.

States including Vermont, Maine, and Connecticut have begun to act on the views of their citizens and have passed legislation requiring labeling of GE food. Other states, including New York, New Jersey, Pennsylvania, Massachusetts, and Illinois, have considered bills. In addition, a November vote on an Oregon ballot initiative to require labeling of engineered food was so close it generated a recount, which is not yet complete.

“The natural label is extremely confusing and often misleading to consumers. To allow this label on genetically engineered food would only compound the problem,” said Urvashi Rangan, Ph.D., Director of Food Safety and Sustainability at Consumer Reports.

The letter, addressed to Chairman Joe Pitts and Ranking Member Frank Pallone, Jr., of the U.S. House Committee on Energy and Commerce, Subcommittee on Health, is available online here.