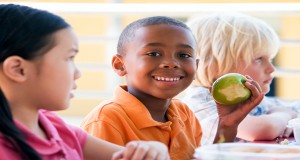 WASHINGTON, D.C. —  Consumers Union, the public policy and advocacy division of Consumer Reports, today wrote three federal government agencies to raise concerns about the impact of pesticides on health and the environment, citing a new Consumer Reports story on pesticides in produce and the recent decision by the World Health Organization to classify the herbicide glyphosate as “probably carcinogenic to humans.”

In letters to the Environmental Protection Agency, U.S. Department of Agriculture, and Food and Drug Administration, Consumers Union described how the CR article “Pesticides in Produce” examines the relative level of risk posed by pesticides, the evidence of their harm to human, worker, and environmental health, and the particular absolute risk to children.

CU wrote, “We make clear that a diet rich in fruits and vegetables has numerous health benefits, and that eating enough produce should be consumers’ primary goal.  However, the article also gives consumers new guidelines on how to make the healthiest and most environmentally sound choices – including in what circumstances we recommend always buying organic produce, and when, alternatively, there is a low-risk conventional option.”

The CR article also specifically addresses U.S. farms’ widespread use of the herbicide glyphosate, often known as Roundup, which is not consistently monitored by the federal government.

A World Health Organization-affiliated research agency announced on March 20 that it had classified glyphosate as “probably carcinogenic to humans,” following an evaluation by 17 oncology experts from 11 different countries.

“Even before this news, consumers nationwide were concerned … now, there is an even starker need to better understand pesticides’ impact,” CU wrote.

Based on its findings, CU made several recommendations to the agencies:

CU urged the EPA to ban or take immediate action on the riskiest pesticides.  The agency should complete the delisting of arsenical pesticides, improve the science behind tolerance limits, and take immediate action on neonicotinoids. CU also asked the EPA to rein in emergency exemptions and conditional registrations for pesticides, and require public access to information about all ingredients in pesticides and easy access to current registration status.

CU urged FDA to expand and improve pesticide residue testing and enforcement, including of glyphosate, and increase its sampling of both domestic and imported produce.