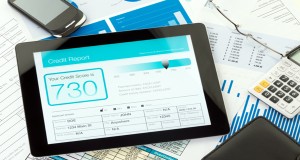 WASHINGTON, D.C. – Consumers Union, the advocacy arm of Consumer Reports, today sent a letter to the Consumer Financial Protection Bureau about problems with credit reports and credit scores, including the challenges consumers face in correcting errors on their reports.

Pamela Banks, senior policy counsel for Consumers Union, said, “Credit report errors are far too common and consumers are paying a high price for scores that are likely not used in the marketplace.”

Consumers Union praised the ongoing efforts by the CFPB to make the credit reporting industry more accountable for fair and accurate reports.  The CFPB has also called upon the nation’s largest credit card companies to provide consumers with free access to credit scores used by lenders.   The bureau is holding a field hearing about medical debt on December 10 in Oklahoma, where Consumers Union will discuss how some consumers are penalized for medical debt that lingers on their credit reports after it has been paid or settled, which can have a significant impact on a consumer’s credit scores and ability to access credit.

The January 2015 edition of Consumer Reports explores how an error in your credit files can mean you don’t get the loan or job you want, with advice on how to fix credit-report errors and raise your credit score.

See the full text of the letter from Consumers Union to the CFPB here.