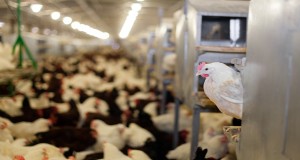 Consumers Union, the policy and advocacy arm of Consumer Reports and a champion of the groundbreaking food safety law, praised the FDA’s efforts to strengthen the food safety system and better protect consumer health.

William Wallace, policy analyst for Consumers Union, said, “Finalizing these rules is an important step in making our food supply safer. Rather than reacting to food contaminations after they happen, food producers and the FDA will work together to prevent deadly outbreaks before they start. Now Congress needs to step up and provide FDA the funding it needs to implement these rules. If it does, these rules will limit the incidents we’ve seen that leave hundreds of consumers sick, and improve public health as a whole.”

The U.S. Centers for Disease Control and Prevention estimates that 48 million people (1 in 6 Americans) get sick each year from foodborne diseases. The final rules announced today are the first of seven major Food Safety Modernization Act rules to be finalized by 2016.