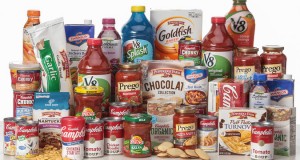 WASHINGTON, D.C. – Consumers Union, the policy and advocacy division of Consumer Reports, today praised Campbell Soup’s decision to label its products made with genetically engineered ingredients nationwide, not just in Vermont where a mandatory labeling law will go into effect in July. The company, the first major food company to agree to label products with these ingredients, often referred to as GMOs, also announced its support for a national, mandatory and uniform labeling system for foods containing GMOs.

Jean Halloran, Director of Food Policy Initiatives for Consumers Union, said, “Campbell Soup has taken an immense step forward today. Their decision to disclose which of its ingredients are genetically engineered will give consumers the information they want and deserve, even going beyond what’s required in Vermont’s labeling law. This is an important development for consumers, who time and again have voiced overwhelming support for GMO labeling.”

Consumers Union has long called for meaningful, mandatory national labeling for GMOs. And consumers have continually voiced support for GMO labeling. A December Mellman Group poll commissioned by Consumers Union and a coalition of consumer and environmental groups found that nine in 10 Americans support mandatory labeling of products with genetically engineered ingredients.

Halloran said, “While other companies are lobbying to override Vermont’s labeling law and keep consumers in the dark about what’s in their food, Campbell’s announcement makes it clear that industry’s arguments don’t hold true. Consumers, no matter what state they live in, should be able to find out what’s in their food. We applaud Campbell Soup for their independent, pro-consumer move today and and look forward to achieving a national, mandatory GMO labeling requirement on all food packaging.”