Consumers Union on Justice suit against Volkswagen over emissions scandal 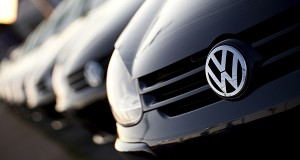 WASHINGTON, D.C. – The Justice Department today filed a civil lawsuit in federal court against Volkswagen over the emissions scandal in which nearly 600,000 vehicles were alleged to have had devices installed that impaired the emission control systems.

William Wallace, policy analyst for Consumers Union, the advocacy arm of Consumer Reports, said, “By its own admission, Volkswagen cheated hundreds of thousands of drivers with illegal devices to defeat U.S. emissions tests. This action by the federal government is an important step to hold VW accountable with the threat of hefty penalties. Ultimately, federal and state regulators will need to keep pushing for a strong resolution that requires VW to make customers whole.”