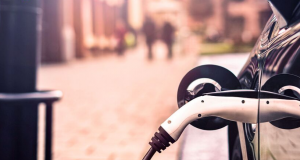 Officials from NHTSA and the U.S. Department of Transportation (DOT) announced the final standards for corporate average fuel economy (CAFE), which regulate how far vehicles must travel on a gallon of gas, at a morning event at DOT headquarters. The standards apply to cars and light-duty trucks for model years 2024 through 2026.

Federal standards for fuel economy and greenhouse gas (GHG) emissions were rolled back in 2020 under the previous administration. New leaders at the Environmental Protection Agency announced stronger GHG standards in December, and today NHTSA fulfilled its commitment to put stronger fuel economy rules in place.

Dr. Quinta Warren, associate director of sustainability policy at Consumer Reports, said, “These rules mean better mileage for new vehicles in the years ahead, so we won’t have to make as many trips to the gas pump.  Given the current state of gas prices, it’s brutally clear that drivers want vehicles that go further on a gallon of gas, or no gas at all.  We appreciate the work that NHTSA has done to create better standards for fuel economy; this is a big improvement over the rollbacks we’ve seen in years past.”

Last year, CR organized dozens of consumers to testify at NHTSA hearings in favor of stronger CAFE standards, and tens of thousands of CR activists signed petitions to the agency.  CR advocates told NHTSA that stronger standards can bolster consumer vehicle choice, giving car shoppers access to a wider range of fuel efficient vehicles.  A nationally-representative survey conducted by CR in 2020 found 73 percent of respondents said the federal government should continue to increase fuel economy standards, and 74 percent said automakers have a responsibility to consumers to improve gas mileage.

Chris Harto, senior policy analyst at Consumer Reports, said, “There is enormous consumer demand for cars that cost less to fuel, and CAFE standards have been hugely effective at delivering real savings.  When automakers lobbied for weaker rules and the government rolled them back, improvements in fuel economy stalled.  Now we’re seeing NHTSA put its foot on the accelerator, driving toward higher standards that will save us money, improve public health, and help address the climate crisis.”

CR emphasized that this is just the first step, as NHTSA and EPA are now working on fuel economy and greenhouse gas emission standards for vehicles for model years 2027-2030. CR said there are needs and opportunities to make further progress for cleaner cars in the years ahead, and the organization will work with regulators, industry and other stakeholders to advocate for strong standards that benefit consumers. CR said that driving efficiency improvements in line with this administration’s goals for 2030 has the potential to save consumers over $1 trillion through 2050.