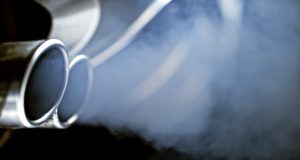 WASHINGTON, D.C. — California’s Air Resource Board (CARB) announced a deal today that would set special tailpipe emissions standards for four global automakers. Ford Motor Company, Volkswagen Auto Group, Honda Motor Company, and the BMW Auto Group, agreed with California to a new set of standards that is voluntary and much less stringent than the current federal standards, but stronger than the full rollback proposed by the EPA.

“It’s disappointing that California would accept an offer from automakers to weaken a program that is reducing emissions and saving consumers money, especially since the EPA’s rollback proposal is likely to be thrown out in court,” says David Friedman, Vice President of Advocacy for Consumer Reports.

The current federal emissions standards are both reasonable and achievable, and they already apply to all 50 states.

An analysis by Consumer Reports finds that the weaker standards and extra credits included in this deal between four automakers and California would cost drivers billions of dollars in fuel savings.

“To put it in perspective, were the Trump administration to apply the same standards as outlined in this ‘deal,’ consumers would still lose about $100 billion from vehicles between model year 2021 and 2035, compared to about $450 billion from the full rollback.  While the losses are lower than under a full rollback, they are still quite significant and are not well aligned with California’s history of leadership on fuel standards,” says Shannon Baker-Branstetter, manager of cars and energy policy for Consumer Reports.

Previously, Consumer Reports has testified in support of the current federal fuel efficiency and emissions standards, because of the great financial and safety benefits, and against a rollback, as proposed by the current leadership of EPA and NHTSA.

Consumer Reports is a nonprofit consumer advocacy organization that works side by side with consumers to create a fairer, safer, and healthier world. For 80 years, CR has provided evidence-based product testing and ratings, rigorous research, hard-hitting investigative journalism, public education, and steadfast policy action on behalf of consumers’ interests. Unconstrained by advertising or other commercial influences, CR has exposed landmark public health and safety issues and strives to be a catalyst for pro-consumer changes in the marketplace. From championing responsible auto safety standards, to winning food and water protections, to enhancing healthcare quality, to fighting back against predatory lenders in the financial markets, Consumer Reports has always been on the front lines, raising the voices of consumers.