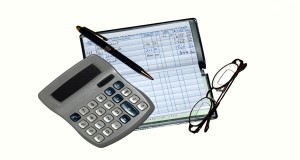 WASHINGTON, D.C. – A report issued today by the Consumer Financial Protection Bureau underscores the need for new reforms to protect consumers from unfair checking account overdraft programs, according to Consumers Union, the policy and advocacy arm of Consumer Reports.  The report concluded that consumers who opt-in to these programs are at greater risk of incurring costly fees and are more likely to have their account involuntarily closed.

“So-called ‘overdraft protection’ programs are really just a way for banks to bilk their most vulnerable customers with costly fees,” said Pamela Banks, policy counsel for Consumers Union.  “Consumers should avoid opting in to these high-cost programs and consider cheaper alternatives to avoid overdrafts.  The CFPB should enact some additional safeguards to rein in some of the unfair practices banks rely on to rake in overdraft fees.”

Beginning in August 2010, banks have been required to get their customers’ permission before enrolling them in overdraft protection covering ATM and debit card transactions.  If the customer does not opt-in, ATM and debit card transactions are simply declined if there is insufficient money in the account to cover the charge.  However, if the customer opts in, the bank allows the transaction to go through but charges the customer a high fee.  The CFPB found that the median overdraft fee in 2012 was $34 at the country’s largest depository institutions.

Because current law does not address the size or frequency of overdraft fees, banks have a strong incentive to push customers to opt in, and then to continue to barrage them with high fees.  According to the CFPB report, fees for overdraft and insufficient funds represented 60 percent of all checking account fees in 2011.

The CFPB examined the impact of the 2010 opt-in rules by reviewing the account histories of consumers who frequently overdrafted their accounts but declined to opt-in before the rules went into effect.  The CFPB found that these consumers saved, on average, $450 during the second half of 2010 after the new rules went into effect.  The average checking account fees for consumers who opted in was $196 in 2011, compared to $28 for those who did not opt in.

Likewise, involuntary account closures were 2.5 times more likely for consumers who opted in compared to those who did not.  Overdrafts are a significant contributor to involuntary account closures.  Consumers whose accounts are involuntarily closed have a harder time opening an account at a new financial institution.  The CFPB found that overdraft policies vary greatly at financial institutions, which can be confusing for consumers.

Consumers Union noted that there are more affordable options for consumers when it comes to covering overdrafts triggered by debit cards or checks.  Most banks allow customers to link checking accounts to a savings account, credit card, or line of credit.  When an overdraft occurs, the bank will automatically transfer money to cover the transaction from the linked account.  The FDIC has concluded that the fees assessed for these other types of programs are significantly lower than for the opt-in overdraft program.

Consumers Union has joined other consumer groups in urging the CFPB and other federal regulators to strengthen current rules to better protect consumers who opt in to overdraft programs, including: