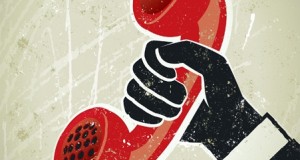 Specifically, the court  sent the issue of how “autodialers” are defined under the TCPA back to the FCC. It is now up to the Commission to find a way to define the technology so that it covers the majority of robocalls being made to American consumers. The court’s order leaves sufficient room for the FCC to ensure that equipment that dials “dial thousands of numbers in a short period of time” is considered an autodialer under the TCPA. Calls made to a cell phone using an autodialer require a consumer’s consent to be legal under the TCPA. If the definition is not sufficiently expansive, billions of calls now plaguing consumers will not be covered by the TCPA—leaving consumers with no ability to stop the calls.

“We call upon the FCC to recognize that the TCPA is an essential shield for consumers to protect themselves from the scourge of unwanted automated calls,” said Margot Saunders, senior counsel at the National Consumer Law Center. “Chairman Pai understands that robocalls are a big problem and he has proposed several initiatives, such as a reassigned number database, to help stop them. But now all eyes will be on him to see if he will maintain the viability of the only law that allows consumers to protect themselves against uninvited and illegal calls.”

“What the DC Court of Appeals decision really means is that consumers, already inundated by robocalls, will be hit with even more unwanted calls,” said Maureen Mahoney, policy analyst for Consumers Union, the advocacy division of Consumer Reports. “We believe that the FCC acted within its authority when it passed the rules in 2015 to provide necessary consumer protections for a growing problem. Consumers should have the right to control the calls that they receive and they deserve the strongest possible protections. Chairman Pai has said that he’s committed to fighting robocalls, so the FCC needs to follow through on those promises and ensure that consumers aren’t the losers in this decision.”

The court order also invalidated the 2015 order’s clear prohibition against calls to a telephone number that was reassigned from one person who provided consent to another who had not provided consent. The court held that the FCC had created an arbitrary exception to this prohibition – an exception for the first call to the reassigned number. The court did not, however, disagree that the FCC has the authority to interpret the TCPA to prohibit calls to reassigned numbers without the consent of the called party. The FCC is likely to revisit this issue.

The order did uphold the right of consumers to revoke consent to receive robocalls by “any reasonable means,” which provides a slim victory for consumers. “However, it will be up to the FCC to ensure that consumers can always stop these calls by revoking consent,” added Susan Grant, Director of Consumer Protection and Privacy at Consumer Federation of America.

Since 1969, the nonprofit National Consumer Law Center® (NCLC®) has worked for consumer justice and economic security for low-income and other disadvantaged people, including older adults, in the U.S. through its expertise in policy analysis and advocacy, publications, litigation, expert witness services, and training.

Consumers Union is the advocacy division of Consumer Reports.  Consumers Union works for health reform, food and product safety, financial reform, and other consumer issues in Washington, D.C., the states, and in the marketplace.

The Consumer Federation of America is an association of more than 250 nonprofit consumer organizations that was established in 1968 to advance the consumer interest through research, advocacy, and education.