As Subway Moves to Reduce Antibiotics in Chicken, Groups Call for Details and Timelines 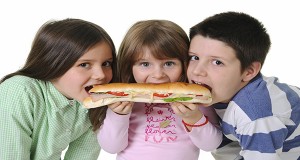 SAN FRANCISCO (September 2, 2015) — Following calls to action from US PIRG, Natural Resources Defense Council,  Friends of the Earth, Center for Food Safety, Keep Antibiotics Working, Food Animals Concern Trust, Consumers Union and FoodBabe.com,  Subway appears to be making important updates to its approach on antibiotics use in its meat and poultry supply. The Nation’s Restaurant News  reported on August 28th the restaurant chain’s intention to source chicken produced without antibiotics, just days after the kickoff of several high profile campaigns.

Following is a statement by US PIRG, NRDC, Friends of the Earth, Center for Food Safety, Keep Antibiotics Working, Food Animals Concern Trust, Consumers Union and FoodBabe.com — all public interest advocates who have been asking Subway to phase out meats produced with routine use of antibiotics:

“Subway is taking a positive step forward. We are pleased that Subway is starting to respond to consumer demand to reduce antibiotic use in its meat and poultry supply chain.

“However, neither their August 28th statement nor the company’s website language provides sufficient details, concrete timelines, or third-party verification components to constitute a meaningful antibiotics use policy. The company’s lack of transparency – including its refusal to meet with public interest organizations about this issue – leaves a great deal of uncertainty about Subway’s commitment to change.

“Subway needs to set clear antibiotics commitments now, as specified in this June 23, 2015 letter, so that their suppliers can meet those goals in the future. These are:

“If Subway wants to live up to its image as a healthier fast food choice, the company should be a leader in reducing antibiotic use in a meaningful way that inspires consumer confidence.”

The Natural Resources Defense Council (NRDC) is an international nonprofit environmental organization with more than 2 million members and online activists. Since 1970, our lawyers, scientists, and other environmental specialists have worked to protect the world’s natural resources, public health, and the environment. NRDC has offices in New York City, Washington, D.C., Los Angeles, San Francisco, Chicago, Bozeman, MT, and Beijing. Visit us at www.nrdc.org and follow us on Twitter @NRDC.

Center for Food Safety, a national, nonprofit organization with over 700,000 members, was founded to protect human health and the environment by curbing the use of harmful food production technologies and by promoting organic and other forms of sustainable agriculture.

Vani Hari from Food Babe.com is an activist and New York Times Best Selling author of The Food Babe Way. She was named one of the most influential people on the Internet by Time Magazine because of her ability to steer major food corporations to become more transparent and create more healthful policies.

Food Animal Concerns Trust is a national nonprofit organization based in Chicago that promotes humane and healthy farms through science-based advocacy, consumer education, and support for humane farmers.

Keep Antibiotics Working is a coalition of health, consumer, agricultural, environmental, humane and other advocacy groups dedicated to eliminating a major cause of antibiotic resistance: the inappropriate use of antibiotics in food animals.

Friends of the Earth fights to create a more healthy and just world. Our current campaigns focus on promoting clean energy and solutions to climate change, ensuring the food we eat and products we use are safe and sustainable, and protecting marine ecosystems and the people who live and work near them.