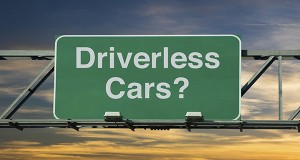 WASHINGTON – In the wake of a Google self-driving car crashing into a bus, a coalition of consumer groups called on the U.S. Department of Transportation and the National Highway Traffic Safety Administration “to commit to maximum transparency and public involvement” as they develop policy and safety standards covering autonomous self-driving vehicles.

In a letter to Secretary of Transportation Anthony Foxx and NHTSA Administrator Mark Rosekind the groups wrote:

“While autonomous technologies may offer great benefits in the future, it is imperative that NHTSA continue to put safety first as the technologies develop. The best way to demonstrate your commitment to safety is a completely open, transparent process with the maximum public involvement.”

On Monday, Google filed a report with the California Department of Motor Vehicles indicating a self-driving car, while driving in autonomous mode, had struck a transit bus in Mountain View, California, while attempting to merge into its lane.

“Thus far, the Department of Transportation and the National Highway Traffic Safety Administration (NHTSA) have not held a single public proceeding focused on autonomous vehicles,” the letter said.

The groups asked Foxx and Rosekind to:

“– Open an easily accessible public docket for all documents and comments related to autonomous vehicle technology and policy, including any company’s petition for exemption from safety regulations.

“– Hold a public meeting involving all stakeholders as soon as possible to assist in developing a model state policy and to consider other policy issues surrounding self-driving vehicles. The meeting should be held well before the model state policy is issued in order to inform the model policy.

“– Meet with consumer and safety advocates as soon as is convenient so that we can express some of our concerns as self-driving policies are developed.”

The letter came shortly after the report of a Google autonomous self-driving car sideswiping a bus.  It cited Google’s so called “disengagement report” filed with the California Department of Motor Vehicles reporting that a human driver had to take control of test vehicles over 341 times, an average of 22.7 times a month.  The car technology failed 272 times and ceded control to the human driver; the driver felt compelled to intervene and take control 69 times.

“Your updated autonomous vehicle policy statement pledges that ‘the North Star for DOT and NHTSA remains safety.’  The statement also says that autonomous vehicle technology is an area of rapid change that requires you to remain ‘flexible and adaptable.’   Please ensure that flexibility does not cause you to lose sight of the need to put safety first. Innovation will thrive hand-in-hand with thoughtful regulation.  You can get there with maximum transparency and public involvement.”