CU urges National Organic Standards Board to discontinue use of antibiotics in organic apple, pear production 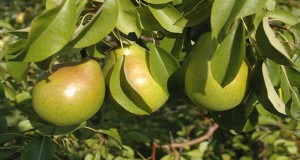 Portland, OR—Consumers Union, the policy arm of Consumer Reports, Food & Water Watch, and the Center for Food Safety are urging the National Organic Standards Board (NOSB) to discontinue the use of antibiotics in organic apple and pear production, citing the potential undermining of the integrity of the organic label and threats to public health and consumer expectations. The NOSB—which meets in Portland, Oregon, this week—will vote on a petition to extend the use of oxytetracyline beyond the existing expiration date of October 21, 2014.

New data from a poll commissioned by Consumer Reports confirms that most consumers do not know that the USDA organic label can be found on foods produced with antibiotics and don’t believe they should be allowed to carry that label if antibiotics were used. Specifically:

Some organic apple and pear producers use oxytetracycline and another antibiotic, streptomycin, to manage a disease called fire blight. Antibiotics are not allowed in other types of organic food, including production of organic livestock.

The groups submitted over 35,000 public comments to the NOSB in advance of their meeting, raising concerns about consumer expectations and the mounting evidence that the public health threat posed by antibiotic resistant bacteria make it critical that all uses of antibiotics in food production be minimized.

The use of antibiotics is allowed for organic apple and pear production through a petition process to the NOSB, which has already extended the deadlines for this loophole to close several times since the organic label was implemented in 2002. Despite these extensions, there has been limited help for apple and pear growers to find alternative treatments for fire blight, although some alternatives do exist.

For example, U.S. farmers do not apply antibiotics to the organic apples and pears they sell to Europe, where the use of antibiotics is not allowed. The groups urge the USDA to work with the organic apple and pear industry to incentivize viable alternatives for producers and uphold the integrity of the organic label by rejecting the petition to extend the expiration date for oxytetracycline.

Consumer Reports® is an expert, independent nonprofit organization whose mission is to work for a fair, just, and safe marketplace for all consumers and to empower consumers to protect themselves. We accept no advertising and pay for all the products we test. We are not beholden to any commercial interest. Our income is derived from the sale of Consumer Reports®, ConsumerReports.org® and our other publications and information products, services, fees, and noncommercial contributions and grants. Our Ratings and reports are intended solely for the use of our readers. Neither the Ratings nor the reports may be used in advertising or for any other commercial purpose without our permission. Consumer Reports will take all steps open to it to prevent commercial use of its materials, its name, or the name of Consumer Reports®.

Food & Water Watch works to ensure the food, water and fish we consume is safe, accessible and sustainable. So we can all enjoy and trust in what we eat and drink, we help people take charge of where their food comes from, keep clean, affordable, public tap water flowing freely to our homes, protect the environmental quality of oceans, force government to do its job protecting citizens, and educate about the importance of keeping shared resources under public control.

Center for Food Safety is a national, non-profit, membership organization founded in 1997 to protect human health and the environment by curbing the use of harmful food production technologies and by promoting organic and other forms of sustainable agriculture.  CFS maintains offices in Washington, D.C., San Francisco, California and Portland, Oregon.  More information can be found at www.centerforfoodsafety.org.